Envoi has been engaged by London-listed (Dublin-based) United Oil & Gas Plc, to assist in their search for partners to help accelerate the exploration of their large, 22,400 km2 100% operated Walton Basin and Morant Basin Licence, located offshore southern Jamaica. United initially farmed into the acreage for a 20% interest in 2017 by funding 3D seismic when Tullow were the operator. Tullow exited the country in 2020 as part of a new corporate strategy and shift away from frontier exploration. Their 80% interest and operatorship were acquired by United due to the high potential and prospectivity unlocked by the new 3D seismic acquired following United’s involvement in the block.

Only 11 exploration wells have ever been drilled in the entire country (comprising an area of around 258,137 km2 including all the offshore areas), all between 1955 and 1982. Of these, the majority (9 wells), are onshore with just 2 wells drilled offshore. Hydrocarbon shows were observed in all but one of these wells despite not having tested valid structures, as is evident on the latest data. Prior to United joining the licence, Tullow combined and reprocessed various vintages of pre-existing 2D seismic and acquired 3,650 km of new infill 2D data in 2016 and 2017. This helped further delineate and unlock the potential of the Walton Basin in the west, and Morant Basin in the east of the acreage and led to the new 3D survey acquired over the Walton Basin ‘sweet spot’ after United’s entry in 2017.

Extensive onshore fieldwork and seep analysis studies have confirmed mature Eocene and Cretaceous oil-prone source rock potential, with migrated oil identified in onshore wells and outcrop samples. These include Late Cretaceous (Cenomanian-Turonian) aged organic shales exhibiting TOCs up to 8% with maturity. Modelling also suggests significant oil potential exists in mature Cretaceous source kitchens in both the Walton and Morant basins while shallower Palaeogene shales with TOCs up to 15% could also locally be deep enough to be mature.

The large Colibri Prospect, located in 750 m of water, is interpreted on 3D to contain karstified Cretaceous rudist and shoaling grainstone carbonates developed on a prominent palaeo-horst that forms a ridge in the syn-rift section. Gravity data is consistent with a carbonate reservoir with at least 20% porosity and there are good indications that it is laterally consistent. A prominent low velocity anomaly is observed on 3D PSDM seismic data at Colibri and is conformant with prospect structure. Extensive shales, marls and tight limestones create effective seals. Amplitude supported prospects have also been defined on the new 3D in the Walton Basin, with Upper Eocene-Oligocene carbonates as the reservoir targets. Eocene clastic reservoirs include fluvio-deltaic and marine sandstones, eroded from the Maya-Chortis continental remnant. These are found across onshore Jamaica in outcrop with depositional modelling indicating their distribution offshore in both basins and encountered in both offshore wells to the west of the Walton Basin. Eocene targets identified include a series of tilted fault block closures mapped on the 2D in the Morant Basin. An independent Prospective Resources Audit completed by Gaffney Cline & Associates in December 2020 estimates that just 11 of the total 21 prospects & leads defined to date contain a combined total unrisked mean prospective recoverable resources in excess of 2.4 Billion STOOIP. Of this, 406 MMbbls is attributable to the Colibri Prospect alone, with an upside of 966 MMbbls STOOIP.

United wish to drill the large, 3D-defined Colibri Prospect to properly test the Walton Basin play and significantly de-risk the follow-on prospectivity of the entire Licence area. A well to test Colibri in 750 metres of water is estimated likely to cost c. US$ 35 million dry hole.   United would now like to attract a new and experienced offshore partner through a farmin for a material interest in the Block, in return for commitment by the end of the current First Exploration Phase in January 2022 to fund and operate one exploration well in the 2 year Second Exploration Phase before January 2024. 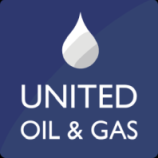